IDC’s Director of Government Relations Kristina Olney gives you the latest updates from Capitol Hill, the White House, the State Department, and all relevant legislative initiatives regarding the Christians of the Middle East. In this month’s edition, read the latest on our campaign for H. Con. Res. 75, The Frank Wolf International Religious Freedom Act of 2015, and efforts to urge the administration the recognize that Christians and other religious minorities in Iraq and Syria are the victims of genocide.

IDC has Partnered with CitizenGo for our Latest Campaign!

IDC has partnered with CitizenGo to launch a petition demanding Congress to condemn the genocide against Christians and other religious minorities in Iraq and Syria.

With just one click, send a message to these 6 leaders of the U.S. House of Representatives asking them to urge the swift passage of H. Con. Res. 75.

H.R. 1150 calls for the protection of vulnerable religious minorities in the Middle East and throughout the world. It calls for amendments to be added to the International Religious Freedom Act of 1998. These changes would improve the ability of the U.S. government to advance religious freedom globally and give the Administration and State Department new political tools to better counter violent extremism and sectarian violence, growing anti-Semitism and restriction on religious minorities. It would allow for the growth and expansion of diplomatic training, counter-terrorism coordination, and foreign assistance efforts.  This bill would reauthorize the U.S. Commission on International Religious Freedom (USCIRF) through 2021. It would also raise the profile of the Ambassador-at-Large for International Religious Freedom within the State Department. The Ambassador would be made the “principal advisor to the Secretary of State” on global religion engagement and religious freedom promotion globally and would have a budget and a staff that reports to him/her as well as funds for religious freedom programs.

Currently this bill has the support of 110 Members of Congress. Congressman Smith is hoping for a full committee mark up on this bill and its passage before Congress leaves for Christmas.

Pressing the Administration to include Christians in Genocide Designation

IDC Letter to the President

IDC, Genocide Watch, the 21st Century Wilberforce Initiative, the Center for American Progress, the Hudson Institute, A Demand for Action, the Armenian National Committee of America and a number of other leaders in the international religious freedom movement as well as evangelical and catholic religious leaders have sent a letter to President Obama urging the administration to consider all these ethno-religious minorities in any genocide designation.

The bipartisan Co-Chairs of the Religious Minorities in the Middle East Caucus—Reps. Jeff Fortenberry (R-NE) and Anna G. Eshoo (D-CA)—are strongly urging the State Department to include all ethno-religious minority populations as it considers designating ISIS attacks on minority populations in Iraq and Syria as genocide. Click here to read to read the letter.

“ISIS has also committed genocide against Christians,” Smith said. “They have been systematically targeted for murder, torture, rape, displacement – extermination – the President should acknowledge this. I am shocked and dismayed that President would even think to exclude the present day genocide of Christians.” “Ignoring Christians, and the full range of religious and ethnic groups who have been victims of the ISIS genocide, would continue the President’s policy of silence and weak response,” Smith said. “When will the President actually implement his own Presidential Study Directive on Mass Atrocities and National Security Strategy?” Read the full statement here.

IDC Government Relations in the Media

IDC Director of Government Relations Kristina Olney was interviewed on November 18 on EWTN about the Paris attacks, the genocide ISIS is committing, and U.S. refugee policy. You can watch the interviewhere beginning at the 13:32 mark. 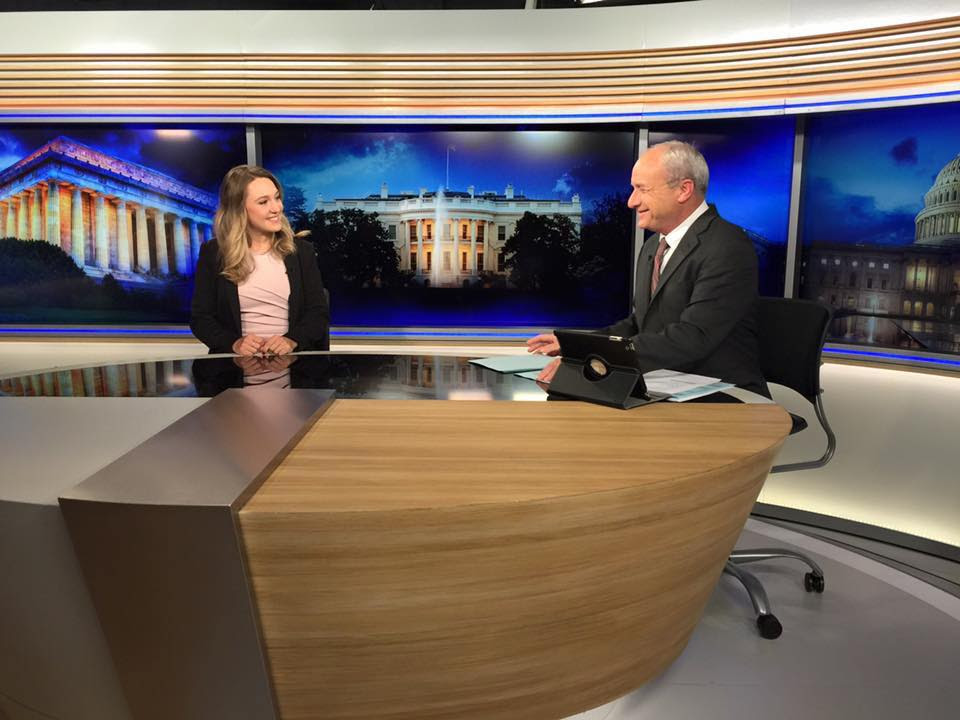