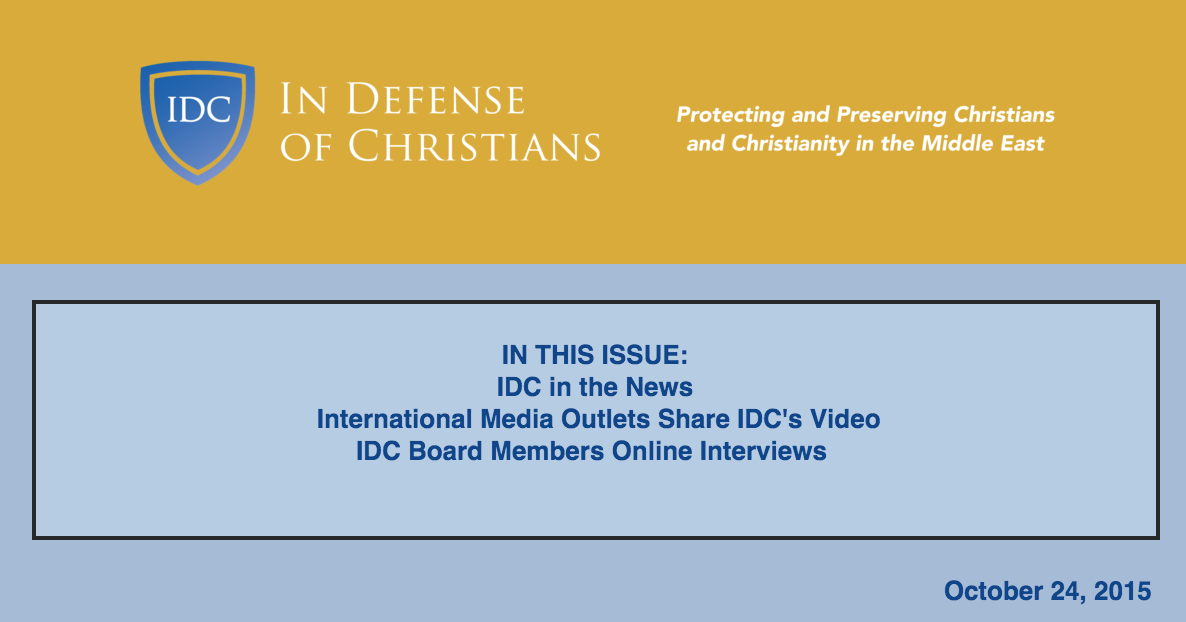 IDC in the News

Since Congressman Fortenberry’s September announcement of the H. Con. Res 75 during IDC’s National Leadership Convention, the resolution has gathered 143 Congressional co-sponsors. IDC has also built a coalition of 50 leading NGOs and individuals in the international religious freedom movement to urge House leadership to facilitate a swift passage of the bill. Among those, the Armenian National Committee of America has played a particularly active role, collaborating with IDC to mobilize the American people around this historic and critical resolution in a grassroots campaign.

Over the past month, IDC staff and board members have appeared on national television and radio programs, expanding awareness of the dire situation Christians and other religious minorities face in the Middle East and promoting the resolution with the American people.

Additionally IDC’s statement on the execution of three Assyrian Christians in Syria by Executive Director Kirsten Evans and interviews with IDC Board Members was covered by international media:

Our actions must show that they are not forgotten. Please take the time today to contact your congressional representative and urge them to vote for H. Con. Resolution 75.