It all began with the Ecumenical Prayer Breakfast back in May 15, 2015, where Bishop Zaidan, Archbishop Aquila over 37 Religious Christian Leaders, and more then 250 people came to share in our awareness-raising objective prayer breakfast on that morning of that Friday.
On that Friday, even though we told people to only come and learn about the plight against Christians, and to come and tell a friend about the genocides that are taking place against Christians, people still gave more then 23 thousand dollars in that one hour-and-a-half. This was a strong statement; these people who came from different Christian-based churches, both apostolic and evangelical, and non-denominational wanted to say, “We are here for the love of Christ and in support for our persecuted brothers and sisters in the Middle East and we want to help.”

The Question and the Need of the New Foundation 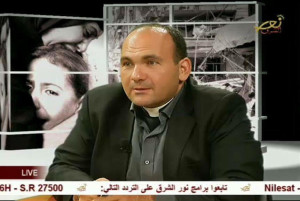 Not once in my life had I ever aimed to form a foundation or run a non-profit organization nor did I plan to raise money for any cause as I did not want to be around non-profit financial work. The development at the prayer breakfast was strong enough that it changed my attitude completely towards such a possibility. Checks kept coming in and reached around 30 thousand dollars including what we ended up raising back in May for the prayer breakfast. I started meeting with my Church Council, my stewardship council, Mr. John Medved (one of the founding fathers and a great believer in this mission), and Mr. Peter Boyles, who is our Media Messenger carrying this mission to the hearts and minds of every American he could reach through his daily morning show on the radio.
All the people mentioned above, were very supportive and very positive about the mission that now has taken off and is making a big difference in giving hope to many Christian families from Lebanon and Syria.
From June 2 to June 20, Mr. Boyles and I went to Lebanon along with Senator Sam Zakhem. There we encountered most of the religious and political leaders of that country. We met with Patriarch Rai, the Maronite Patriarch, and found out the great need for help and assistance; however, we discovered that, at the same time and due to the ongoing suffering and the greatness of the tragedy of the Christians and other people as well, there is not a clear vision on long term needs and short term needs, neither is there a clear understanding as to what the future of Christians there will look like in couple of years from now. There was no present solutions nor dynamics for a strategy, not even a mechanism of communication to tell the story of these many Christians.
Mr. Boyles and I decided, after we had met the refugees in St. Elias Maronite Church of Jesr El-Wati in Beirut, to act and we gave 180 gifts to children, hundreds of diapers for babies, food packages for hundreds of families including to 200 families yesterday (July 25- 2015- July 26- 2015). We decided that we need to pursue helping those people and give them hope by telling their story, and showing them mercy by means of assistance.
Therefore, we needed to form a group, a future foundation, an organized entity that would carry the name of Saint Rafka (the Saint who lived under the pressure of persecution during the 1860 A.D. Massacres against the Maronite Christians in Mount Lebanon) and my name (humbly) as the promoter of this effort along with your names as the group that I like to grow and mature towards forming this possible foundation that I suggest to call: “Saint Rafka Mission of Hope and Mercy, Fr Andre Mahanna Relief Effort Group in Support of Christian Refugees from Syria and Iraq in Lebanon.”
This group will have two branches: One is the Leading group in the USA based in Colorado. The Second one is the Executive Group based in Lebanon.
Memo: St Rafka Mission of Hope and Mercy – Fr Andre Mahanna Relief Effort Group in Support of Christian Refugees from Syria and Iraq in Lebanon.