Mobilizing America for Christians in the Middle East

The crisis in Syria and Iraq continues, and our thoughts are ever with our brothers and sisters enduring unimaginable hardships. Thousands have been forced to abandon their native homes, entire communities have been abducted, women and girls sold into sex slavery, boys forced to fight alongside ISIS, many have been martyred for their faith. Churches, schools, and monasteries are closed, occupied and destroyed.

On behalf of Archbishop Ochagan, President of CAMECT, and myself I write to tell you of our experience with the new organization entitled In Defense of Christians (IDC), which seeks to equip American Christians with tools of unity, advocacy, and awareness to respond to this crisis. Their nonpartisan approach is markedly ecumenical, uniting Middle Eastern Christians, Catholics, Orthodox and Protestants, to form a coherent and coordinated voice of Christian concern to national and international leaders and the global community.

This September 9-11, IDC will hosts an inaugural National Leadership Convention in Washington DC “Mobilizing America for Christians in the Middle East.” The program includes:

They would also like to invite us to promote the three-day National Leadership Convention among our parishes and communities in our diocese or area, so that interested members might be able to attend and be equipped with the tools to mobilize our local communities across ecumenical lines upon return.

Attached to this correspondence are promotional material for the IDC National Leadership Conference, where further information on programming and registration can be found. 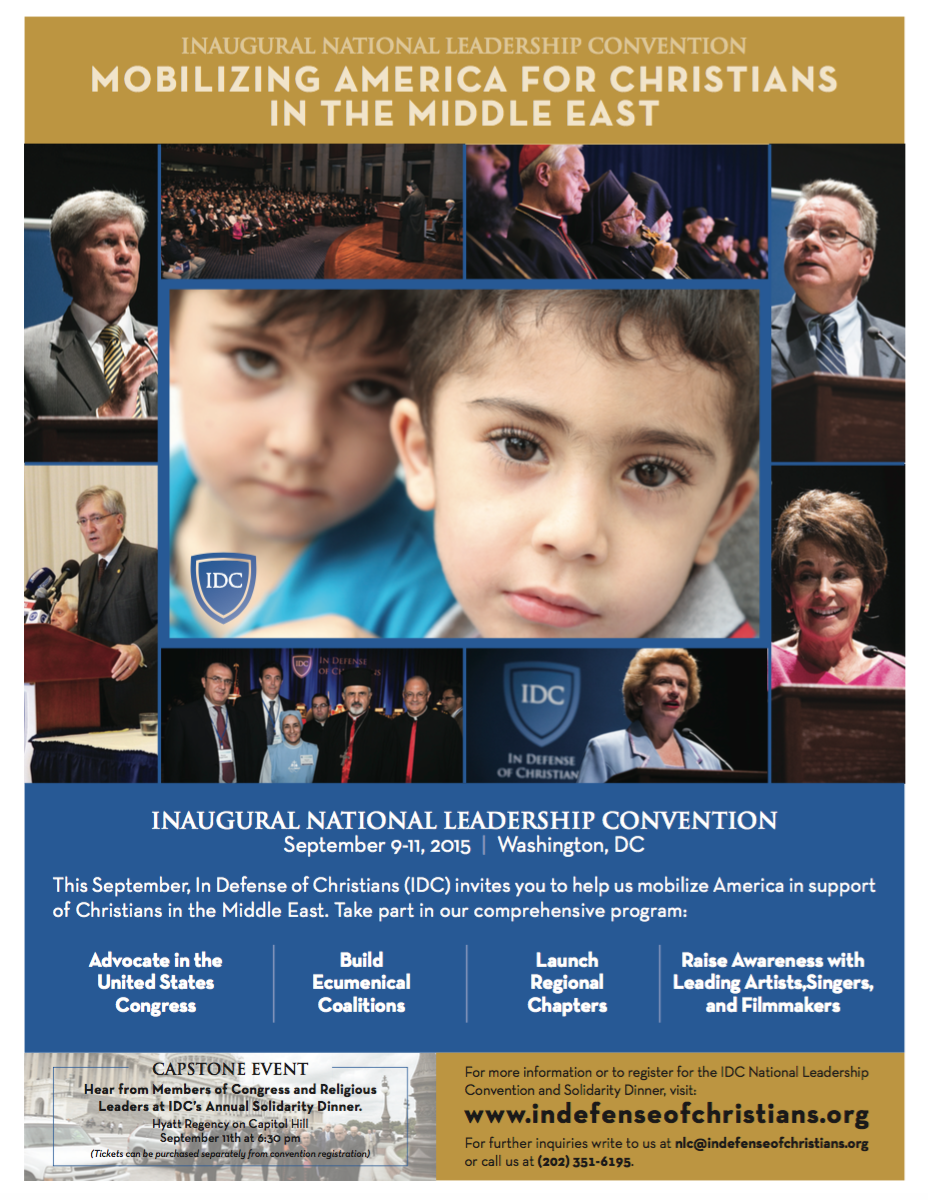