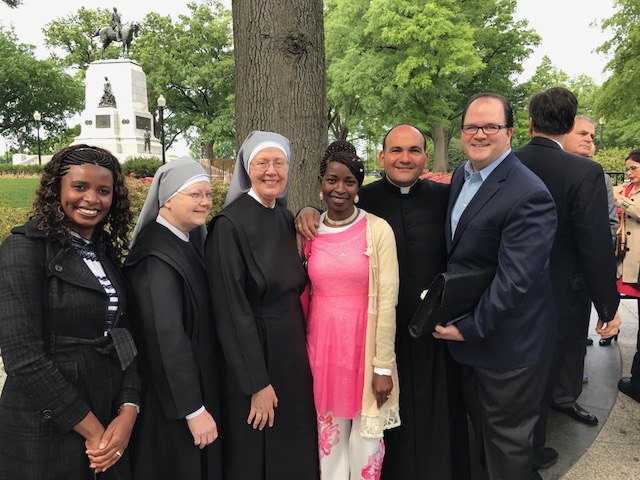 A small group of individuals, led by Father Andre Mhanna and representing the Apostolic Union of the Clergy and Laity and the Apostolate of Our Lady of Hope, went to Washington D.C. to raise awareness of the plight of the Christian refugees in the Middle East, as well as to support religious freedom. During this time, the group educated several legislators and staff members about the Christian persecution in the Middle East and the need for the respect for religious freedom.

Also during the trip, President Trump, in the presence of religious leaders from all of the United States representing numerous faith traditions, including Fr. Andre Mhanna, signed an executive order in support of religious freedom on the National Day of Prayer. The president’s leadership and commitment to religious freedom will help strengthen ecumenical relations between Christians as well as people of other faiths. 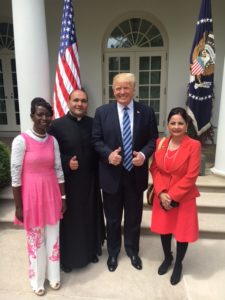 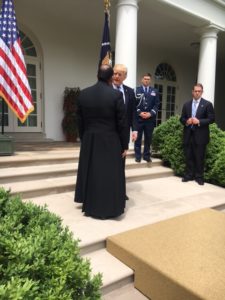 During his speech, the president stated his intention to make his very first overseas trip to Rome, Israel and Saudi Arabia, a gesture showing his commitment to the cause of religious freedom. The president is traveling to the spiritual home of the three largest monotheistic religions to show the desire of the United States government to work with religious leaders throughout the Middle East to bring about peace and an end to all forms of terrorism, hateful speech, and violence falsely committed in the name of God. Moreover, he is going to open inter-religious dialog between Christian, Jewish and Islamic leaders to work toward the protection of religious freedoms.