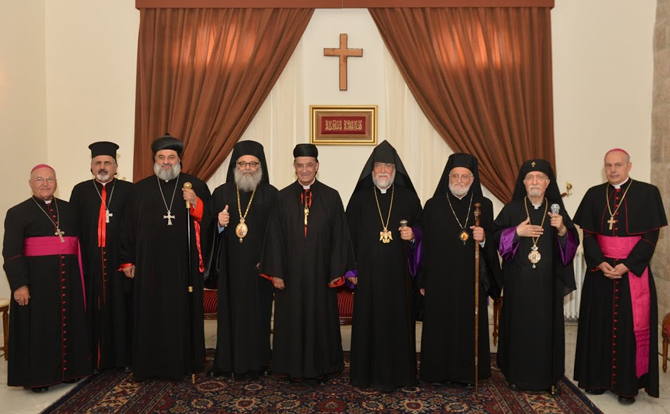 Concluding a meeting in Dimane, Lebanon, the patriarchs of the Eastern churches in communion with Rome have issued a “prophetic appeal” warning agains a “plan of genocide” that threatens to eliminate the Christian presence in the Middle East.

In their statement the Eastern Catholic prelates urge international leaders to bring an end to the warfare in their region. They encourage Pope Francis to bring world leaders together to plan action to protect the Christians in the Middle East.

Noting the dramatic decline in the Christian presence in their region, the patriarch attribute the flight to both the violence that troubles the Middle East and the deliberate choices of some actors. Of the wars in their region, they say, the “goals are now clear: destruction, killing, exile, boosting terrorist organisations, spreading the spirit of intolerance and conflict between religions and cultures.”

The elimination of Christians, the patriarchs say, would be “a human catastrophe, even a defeat for civilisation and an affront to all humanity.”

To their own people, the Catholics of the Middle East, the patriarchs urged perseverance:

Let us remain rooted in the land of our fathers and ancestors, hoping against every hope in a future in which, as parts of a genuine and specific heritage, we shall be understood as sources of enrichment for our societies and for the universal Church in the East and the West.

The statement was issued by