The  Syrian Children Refugees in Beirut-Fanar were very thrilled today to receive from Saint Rafka Mission of Hope and Mercy, Denver Colorado, U.S.A Christmas gifts which brought joy and hope to their hearts on this day. 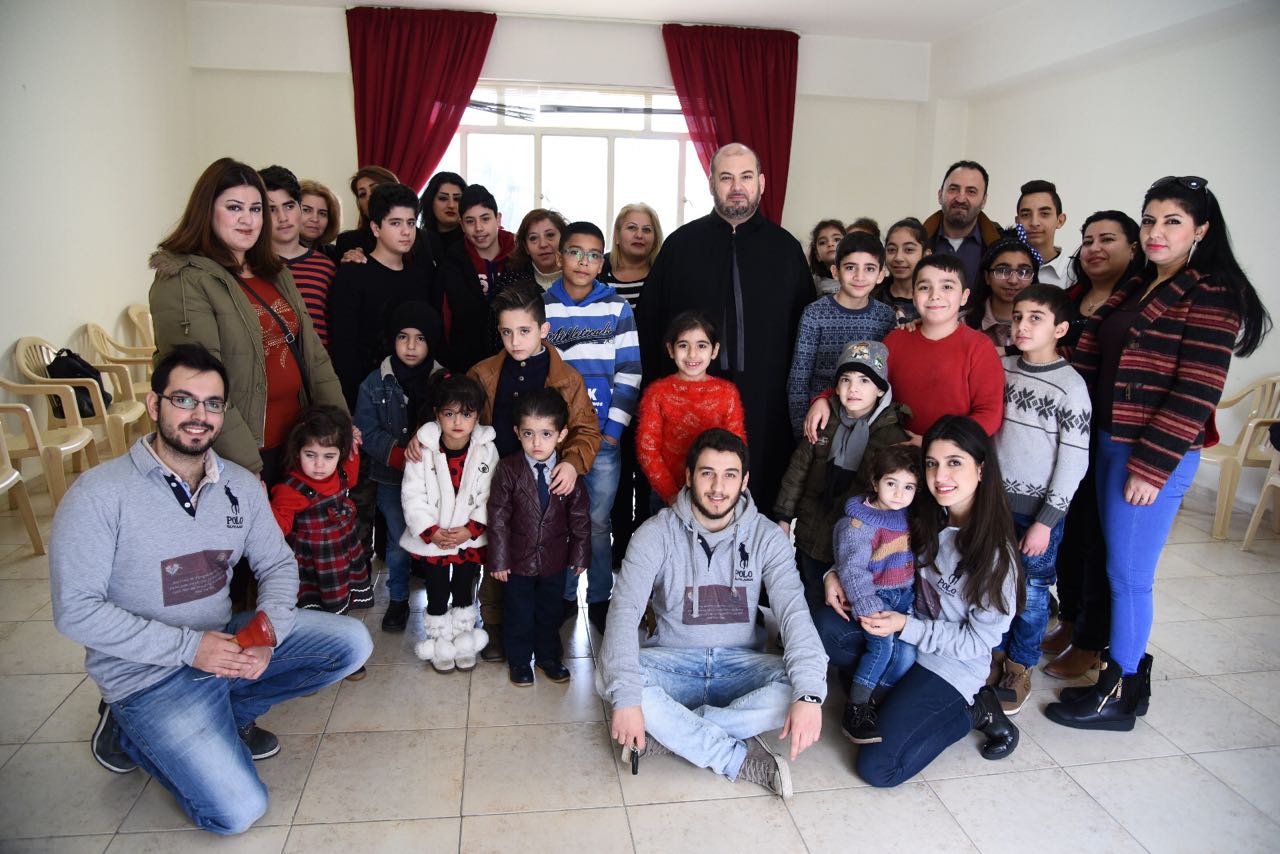 After being threatened by war in Syria and were exposed to humility and lack of services in Lebanon due to the limited abilities of this small country,  it was noticed today on their faces, the joy of Christmas and the renewed trust in Hope.

As the team operating in Lebanon on behalf of Denver Founding based Director Fr Andre Y S Mahanna we were able through Saint Rafka’s Mission of Hope and Mercy to bring hope and joy to their hearts on this day.

The Gift Distribution Ceremony was accompanied with finger food, snacks and juice provided to all the Children in the middle of a Christmas atmosphere and celebrations.

The children were accompanied by their parents who showed sincere appreciations to the St Rafka Mission of Hope and Mercy and shared their thoughts and worries with us entrusting us to deliver a message to Fr Andre and the team in USA. These daily worries of getting food, medicine, hygiene products, housing and other needs were addressed with the Syrian Catholic Church in Fanar through Ms. Sara, the Church’s secretary. Ms. Sara agreed to study each family case and provide Saint Rafka Mission of Hope and Mercy with their files and which in return the Mission in America will work to provide these needs. 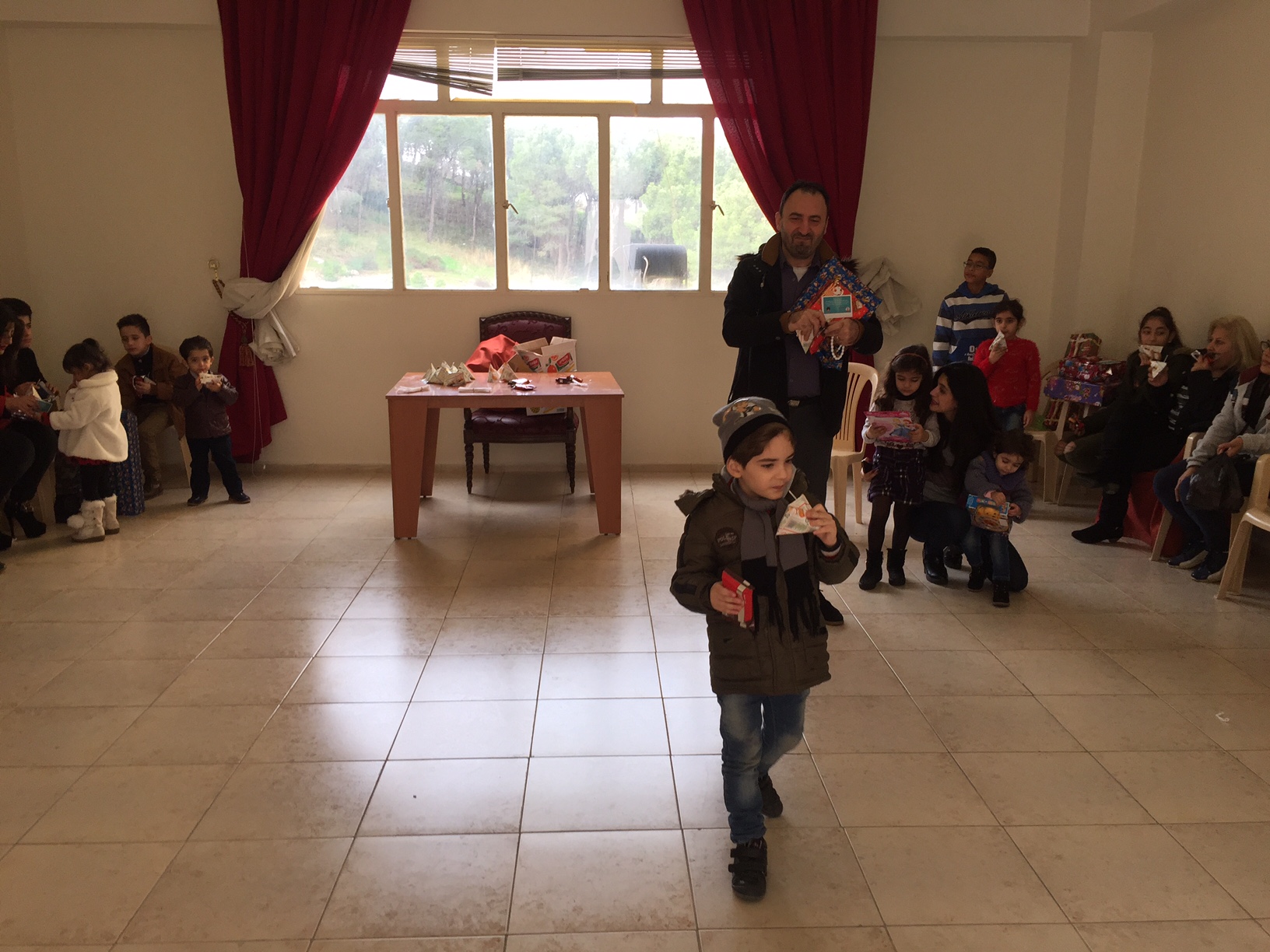 Father Michel Hamawi a priest  representing the Syrian Catholic Church was also  present to show his appreciation and thoughts regarding the dramatic situation of the Syrian Children in Lebnaon.

Saint Rafka Mission of Hope and Mercy’s professional photographer Mr Metri Soujaa had an essential role and responsibility were he was able to capture the true face expressions, and children’s emotions through video photographing and pictures.

After the distribution of gifts, Mr. Alain Aoun on behalf of Fr Andre and as the Lebanon Operation Director gave a speech to the children and their parents about our true mission for the Syrian and Iraqi refugees in Lebanon and the Middle East. He told them: “do not be afraid, God is with us and we are with you…”. He continued:  “our goal is to keep the christians in the Middle East by helping them to live in dignity here.

Afterwards, Gerard Abiassaf the Mission’s Vice Operation director spoke about the importance of the Christians in the Middle East and their essential and fundamental role in spreading Christianity in the Middle East through our solidarity, the importance for the children to know that God is here and God sees us and always provides us with his Mercy. 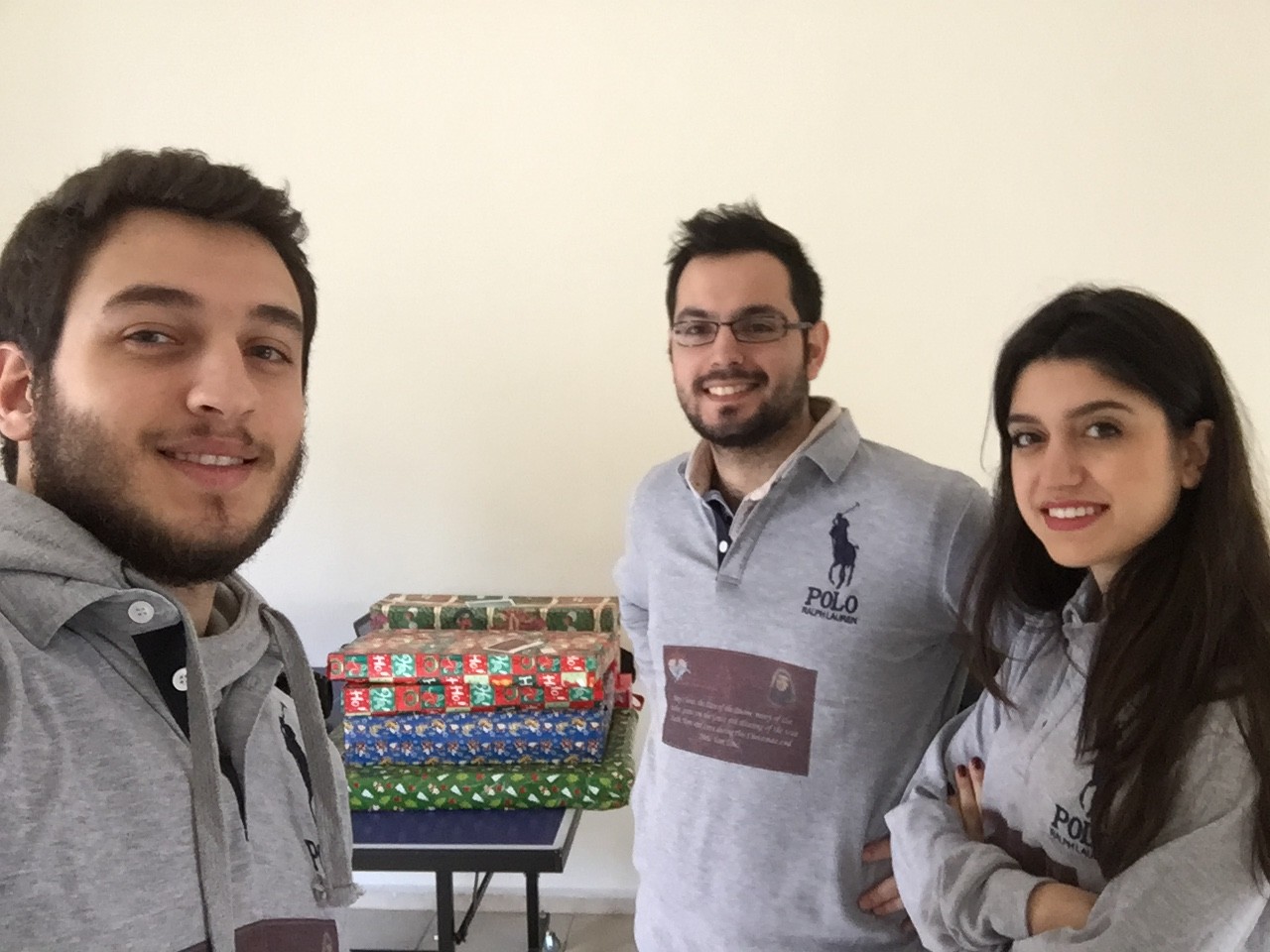 Saint Rafka Mission of Hope and Mercy is ready to be the hand of God by providing to the essential needs and bringing awareness about the Christian plight so the Christians can live in dignity in the Middle East.

Our purpose is to allow the children to maintain their faith in God and the Church. We will work with them in order to trust again in the good and giving nature of the Christians in the West specially in the United States of America.

With the help of all the contributors, friends of Fr Andre and Saint Rafka, the board in Denver, the churches faithful of all denominations in the USA, and our network of partners in lebanon guided by the efforts of Mr and Mrs Oscar and Assine El Hage, owners of Hage Superstore, Jbeil, Lebanon we will enable the children and families we are serving to dream of a promising future and live to accomplish their hopes and ambitions through the help  of our Church.