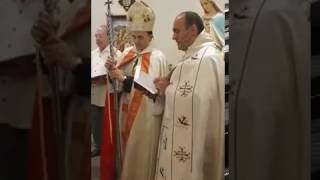 My dear brothers and sisters in the Lord Jesus Christ;

The Lord Reigns Clothed in Majesty, Alleluia! This Sunday, the Lord appears to Thomas and the Twelve apostles in the upper room of Jerusalem. This Sunday hope and mercy are renewed in the hearts of the frightened apostles. Read more… 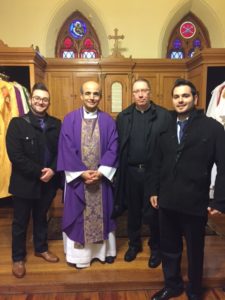 “Hosanna to the Son of David, Blessed Is He Who Comes in the Name of the Lord!”

From the shouts of infants and babies, the Lord has established strength and power.
My dear brothers and sisters in the Lord Jesus Christ, today, we celebrate the week and the Sunday of Hosanna Sunday, also known as Palm Sunday and in Lebanese: “Eid El-Sha’neeneh” The Feast of the “Ho-sha’-na”. Read more…

But when he came to himself he said, ‘How many hired servants of my father’s have bread enough to spare, and I’m dying with hunger! I will get up and go to my father, and will tell him, Father, I have sinned against heaven, and in your sight. I am no more worthy to be called your son. Make me as one of your hired servants.'” (Luke 15: 17- 19)

My Dear brothers and sisters in the Lord Jesus Christ, the following sentence: “But when he came to himself…” describes gently the self-realization of failure, need and the pursuit of conversion. Read more…

Thank you Letter from Bishop Kassarji

Thank you letter from Bishop Kassarji, Bishop of Catholic Chaldean Eparchy of Beirut- acknowledging the reception of the Christmas Gift and Food Drive for 2016 for over 1000 children from Syria and Ira. Read more…